If you’ve made it here AND you’ve read my previous blog posts, thank you. You’re probably related to me. If not, an even bigger THANK YOU. You’re awesome!

You might ask (I did) why blog? What is it I have to say? Why would I think anyone wants to read my memories, reflections and thoughts? I’ve suffered, and I’ve learned; I’ve had cause to think what makes life good and happy. But so has everyone? And why? Does the world need more words, and does it, specifically, need mine?

I don’t write because I feel I have something to say that’s never been said. I write because a life found me and taught me some things I’ve found helpful. Who knows who else might?  But even if no one does, there seems to be stories that want telling and they seem to just want one of us, these stories and their morals, to do the telling, in the voice that only one of us has.

I don’t write answers; I ask questions that have been asking me for answers for a long time now.

So here it is, my blog: Missing Footnotes. And here’s how I came to write it.

You can see from the picture of the latest edition of the mind map I used to plan my blog that I’ve given this a lot of thought. It’s because I’ve thought about it so long and hard that my mind map is so tidy. You can probably also see that I’m organised and I like coloured pens.

Down the centre column are the core elements; the things that have shaped me: from my family of origin, including stories from the past; a train accident when I was eleven; more than thirty years’ experience in social work; becoming an elective amputee; and, hard won knowledge of conviction and resilience. At the centre of the page I wrote innovation, imagination, humour, grace and strength; describing me, what I call myself, who I aspire to be. In the left column are my interests and passions I’ll probably pull most of my stories from. And, to the right, are pieces of professional wisdom, things I’ve learned and practised through thirty five years of clinical social work practice.

The Core—trauma, the psyche, the road

Much deep matter to delve into here.

I put intergenerational trauma at the top, and I wrote hard won knowledge next to it. Trauma’s been a constant in my life. And it began before I was born. With what happened to my parents when they were young. I’ll share a little of their stories.

Mum told stories of growing up in the Depression, the youngest of fourteen, in a poor family. Her father walked, every day, from Malabar, then called Long Bay, to the harbour docks vying for work. An eighteen mile round trip. Her family lived on abalone, oysters and crayfish scavenged by her brothers in Little and Long Bays. Mum said her brothers kicked her father out of home when she was a toddler; she never told me why, if she even knew. Then, when she was four, her mother died. Older sisters—Mum had six—took turns looking after her for four or five years, swapping her between them because she was too strong willed. When they gave up on Mum, she went to Bidura, a state children’s home in Glebe, Sydney, for two years before a permanent move to St Patrick’s Convent, with the Sisters of Mercy, in The Rocks. She was the only child in the Convent, living in an underground room opening to a courtyard shared with St Patrick’s Church and an adjacent monastery. I soaked up her stories with my nursery rhymes; they mingled with mine. Whatever happened to me, Mum said ‘At least you have a mother’.

Dad was an only child. In the same year Mum moved to St Patrick’s Convent, his father broke a leg travelling home from work, forced to rest till it healed. With no income the family couldn’t pay the mortgage on their Northbridge home. In Depression years, the bank showed no mercy. A sheriff threw the family and their furniture on the street and they took refuge with relatives. At seventeen, Dad joined the Australian Navy, for the Second World War. Feeding cannons on decks of corvettes, living in fear of submarines, torpedos and Kamikaze pilots in the waters between New Guinea and The Philippines, he retreated after victory in the Pacific. My father was a silent man, absent when present.

Rage was my mother’s legacy, anxiety was my father’s. They were loving parents, but their pasts lived on in our home. These days psychological research gives some credence to the Biblical saying about visiting the iniquity of the fathers upon ‘the children and the children’s children, to the third and the fourth generation.’ Except, intergenerational trauma is not about sinning, it’s about being sinned against; the griefs and tragedies of our grandparents and parents carried down to us, even if we never felt their pain.

Fast forward to 1968, and I’m in the midst of an ordinary childhood, when I go and lose my foot. That loss hurt like hell and it taught me most everything I’ve ever learned.

You might never get over a thing like that, but you can get through it. I did, as you see, and in learning to live on one leg and learning how to live with my trauma traumatised my whole family, I learned conviction. Conviction is born of adversity. It’s what lets a child stare down adversity and disability and get on with her life as if nothing were holding her back. That child was me.

The trauma I’ve lived with brought me early, and intensely, face to face with the psychological and emotional aspects of life. There’s so much I’ve considered and worked through there, and there’s much I’ve learned. So much to speak of there: I’ll have to attack it one bite at a time.

Humour gets a mention there, in capitals, because it’s been central to how I’ve survived, and, though my immediate family disputes my claim, I like to think I have some talent.

Life on one foot has been a very particular kind of journey, a camino. Literally, learning and wanting to walk, to hike, to go by foot. And metaphorically. Finding a path through trauma to joy. The spiritual journey. So it’s at the core, too. Life has been the Camino, but I have a whimsical hope I have to take the actual Camino one day.

Personal Touches in my Life—what I love

You won’t be surprised to hear I love reading. Most writers do. So I’ll be speaking of reading quite a bit. The journey I take in books.

And I want to speak of writing, too. I started to write in 2013 after a life changing event. The amputation of my left leg below the knee. Amputation was not intrinsically transformative, but the meaning it held for me was. I was no longer disabled. I could do things again after years of disability. I felt like a hedonistic adolescent wanting to have fun. I started walking, then hiking, and my mind started to weave stories and I picked up a pen one day and I’ve wound up here today typing. 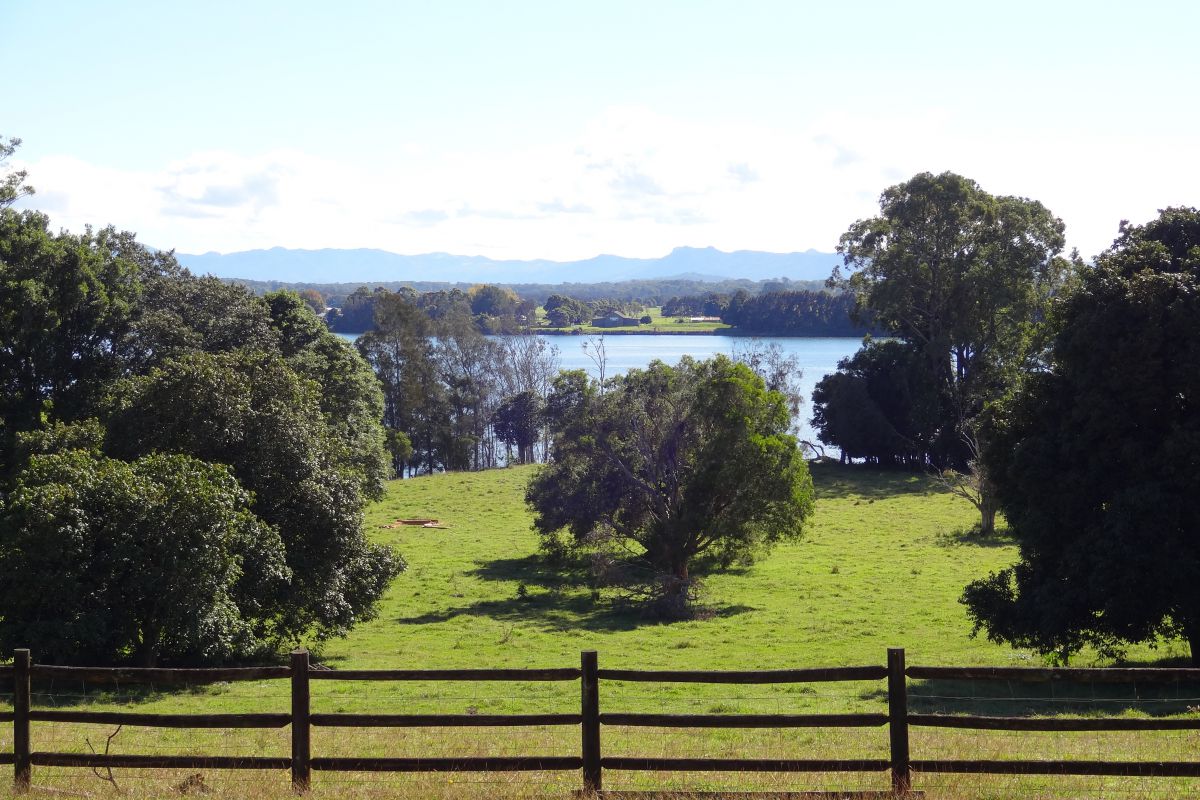 View from the house on our farm

I live on a farm, and I live in Sydney. The great thing is I live in two worlds I love and get the best of both of them; the worst is I drive more than I want to and I don’t like it as much as I used to. But I wouldn’t give up either place. I want to write about both parts of my life and the way being in different environments, and travelling between them, brings forth different aspects of oneself. I want to write about that and about my luck in having both.

I’d love to write about things I read—other people’s writing. I find I’m shy to do so, and I wonder if that comes of being a third child, my opinions put down, or if it’s because I spent many years, when I was young, isolated by disability. In high school I learned to censure my take on poems, in poetry appreciation, because essays I wrote didn’t express the opinions the syllabus demanded. But writers read, and books have been my teachers, too. So I’m going to overcome my shyness now and speak of what I read as well as what I write. And how I travel between them.

I trained as a social worker when I finished school, and I loved clinical social work. I’ve worked in a number of fields of mental health, my profession underpinned by the knowledge one gains in study and the wisdom one gets, working with people, in practice. My professional life has been informed by a passion for social justice, personal agency and political awareness, which began in the traumas of my parents, which I inherited at birth, and by my own fight for justice after my trauma. My life and my work have been sustained by hope—for making personal, societal and systemic change. And life’s work has made me hopeful. Dedicated in my quiet work to helping hope flourish in the world.

My mind map is a picture of my life and a chart of what I want to blog and why. Missing Footnotes is a weave of stories, moments, reflections, contemplations and commentaries. My hope is that these fragments won’t just tell one life (my own), but may speak to the challenges and delights and beautiful troubles that, each in our own way, we all get to face, living the life we’re given. 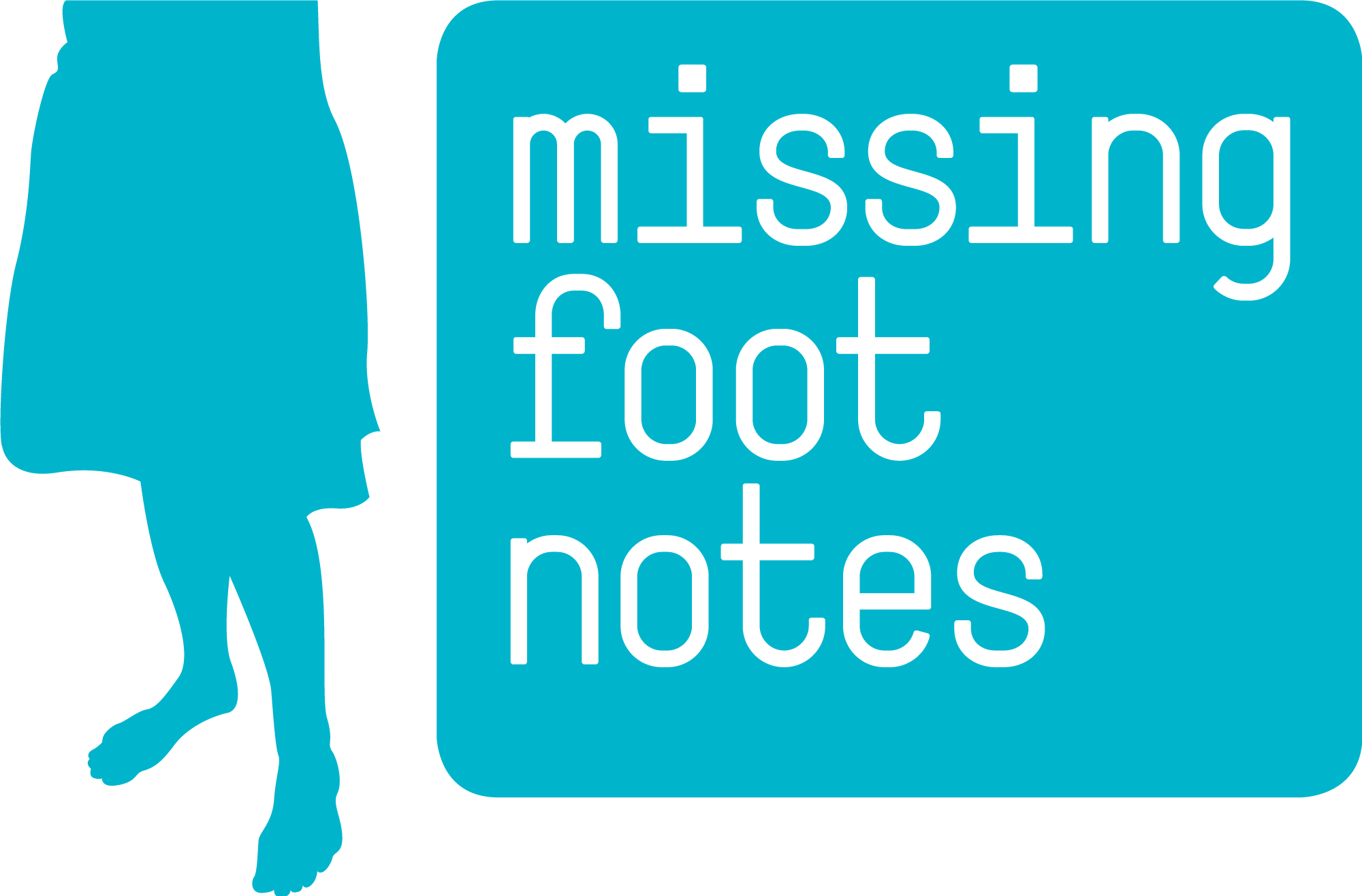